The Endocrine System: The Adrenal Glands

Hormones produced in the adrenal glands include cortisol, adrenaline and aldosterone. Production that is too much or too little can result in adrenal disorders that affect the way your body functions. Adrenal crisis is a medical emergency that happens when there is a severe lack of cortisol. 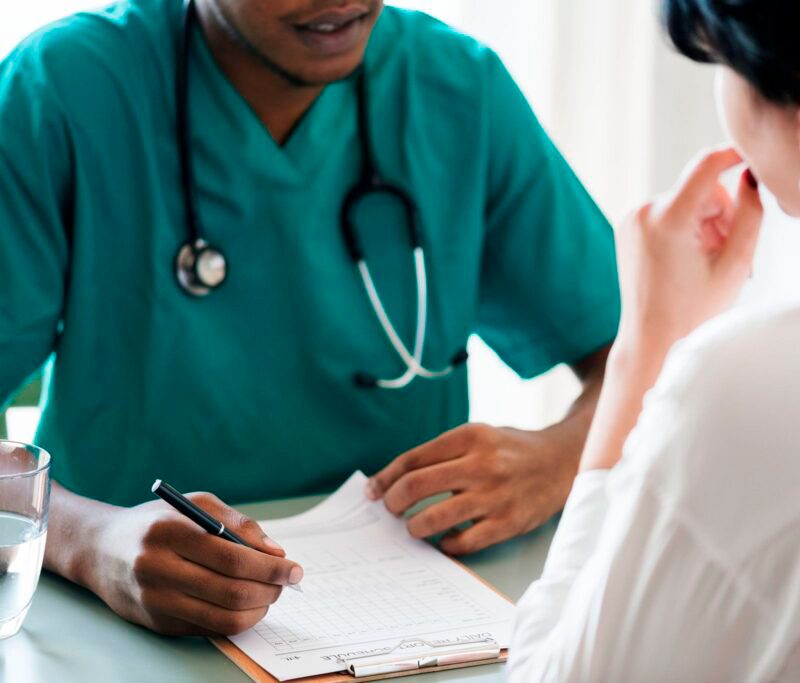 What are adrenal disorders?

There are many conditions that can lead to problems with the adrenal gland function. The adrenal glands are small and shaped like triangles and are located just above each kidney. They are sometimes called suprarenal glands. Their job is to make hormones that you need to keep your metabolism, blood pressure, immune system and stress response in balance.

Adrenal disorders are the result of your glands making too much or not enough of certain hormones. Hormones produced by the adrenals include hydrocortisone (also called cortisol), adrenaline and aldosterone.

You can think of dominoes and how one movement by one domino sets off a chain reaction, making the next domino in line fall down. If something happens and the next domino doesn’t get the message, the effect is ruined.

The dangers of chronic stress

At Atlantic Endocrinology & Diabetes Center we know chronic stress happens when the body is constantly responding to stress and is not able to fully recover. Cortisol remains high even for long periods of time. High-pressure jobs, financial hardship, relationship troubles, and trauma are just a few sources of long-term stress that can have harmful psychological and physiological effects.

Continuous fight-or-flight responses and HPA activity are rough on the body. Chronic stress can increase the risk of a number of health conditions including, but not limited to:

You also may have heard of a recent study by Zhang et al. confirming that stress can actually make your hair turn prematurely gray. Well, it’s true! It turns out that the norepinephrine, used as a neurotransmitter by the sympathetic nervous system’s response to stress, depletes a population of skin cells called melanocyte stem cells (MeSCs). MeSCs generate new melanocytes, the cells responsible for giving hair its pigment.

How common are adrenal disorders?

Adrenal disorders can happen to anyone. Within the individual conditions, some of them may happen more often to females than males, such as Cushing’s syndrome.

What is adrenal insufficiency?

Adrenal insufficiency happens when the adrenal glands don’t produce enough cortisol and sometimes aldosterone. The production decreases when the adrenal cortex (the glands’ outer layer) is destroyed. This occurs most often when you have an autoimmune disease that causes your body to attack the glands. It can also be caused by tumors, tuberculosis and other types of infections. This condition is known as primary adrenal insufficiency.

Secondary adrenal insufficiency, which is more common than the primary form, happens because you don’t have enough of adrenocorticotropin (ACTH), the hormone secreted by the pituitary gland. If your pituitary doesn’t make enough ACTH, your adrenal glands don’t make enough cortisol.

Secondary adrenal insufficiency most often happens when you have been taking glucocorticoids (like prednisone) for an extended amount of time and then stop too quickly rather than tapering down gradually. It can also develop due to tumors in the pituitary glands pressing on the normal pituitary cells or from surgery or radiation to the pituitary gland.

What does adrenal crisis mean?

If you have adrenal insufficiency, you should always have an injectable form of glucocorticoid medicine with you, and you should wear some type of medical alert jewelry with that information. Make sure your family and friends know how to give the injection in the case of an emergency.

Other hormone imbalances and symptoms can occur with adrenal disorders. These include having too much potassium (hyperkalemia) or not enough sodium (hyponatremia) in your blood.