The 4 Types Of Adrenal Disease

from salivation to perspiration, at Atlantic Endocrinology & Diabetes Center we know your body relies on glands to carry out many vital functions.

At  Atlantic Endocrinology & Diabetes Center, New York, our team of endocrinologists provide expert care for patients suffering from endocrine-related disorders and diseases. Here, we take a deeper dive into the potential problems with adrenal glands to give you a better understanding of the symptoms, causes, and treatments available when things go wrong. 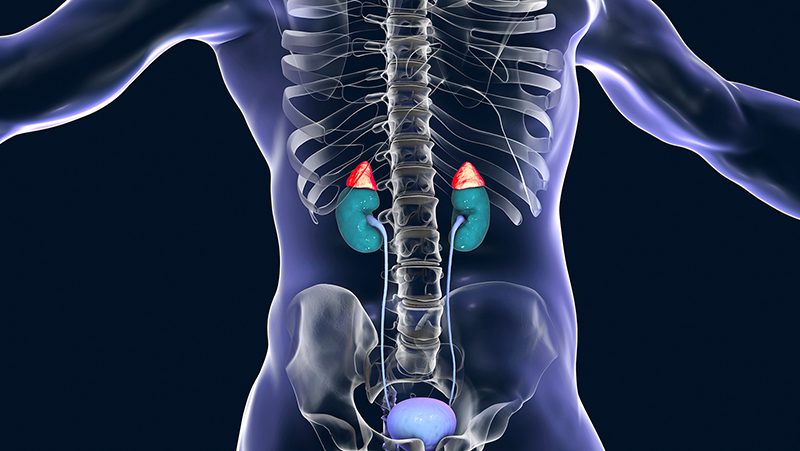 Each of your two kidneys is topped by a small, triangular-shaped adrenal gland — they’re also known as suprarenal glands. Only about 3 inches long, they’re powerful hormone producers. The adrenal glands generate:

If these glands overproduce or underproduce, you may experience significant health issues, including one of the following four adrenal diseases.

Cancer of the adrenal cortex is a carcinoma, while cancer in the medulla is a neuroblastoma. It’s also possible to develop benign tumors in either section. Although researchers can’t definitively say what causes adrenal cancer, it’s often associated with certain genetic syndromes that also increase your risk for other types of cancer. Smoking may also contribute to your risk for adrenal cancer.

Because adrenal cancer is aggressive, our treatments must be as well. Although radiation and chemotherapy are options, surgical removal of the affected tissue is often the most prudent course.

As its name suggests, adrenal incidentalomas are incidental or unexpected tumors. We typically find them accidentally during an imaging test, as they don’t usually cause warning signs. When they are symptomatic, you may notice:

Out of every 100,000 people, only four have Addison’s disease, a condition marked by underactive adrenal glands. Adrenal insufficiency results in potentially life-threatening low levels of cortisol and aldosterone.

Primary Addison’s disease is often attributed to an autoimmune disorder, but it can also be triggered by tuberculosis or infection. Secondary Addison’s may be due to a lack of a certain hormone produced by the pituitary gland, called adrenocorticotropin (ACTH). Without ACTH, your cortisol level plummets.

The symptoms of Addison’s disease are similar to those of other adrenal problems but may also include:

High levels of the hormone cortisol can lead to Cushing’s disease. This can occur due to a malfunction that causes your adrenal glands to overproduce this hormone, or it may be the result of steroid treatments that are often used to combat conditions such as: inflammatory bowel disease (IBD), rheumatoid arthritis, severe asthma, or lupus. Those with Cushing’s disease experience:

Cushing’s disease can often be countered by drugs that reduce your cortisol level, but sometimes radiation therapy is needed. In severe cases, surgery may be necessary.

If you suspect you have an adrenal gland condition, don’t wait — schedule an appointment with one of our specialists today. Request and appointment online or call us at our office.

How are adrenal disorders diagnosed and treated?

After discussing symptoms, your doctor may order a blood test to check potassium and sodium levels. They can also conduct imaging, including MRIs or a CT scan that can detect potential tumors, abdominal swelling, or other issues related to adrenal disorders.

Treatment for adrenal disorders in which tumors manifest either on the glands themselves or on the pituitary gland typically involves some sort of surgery. The operation may be minimally invasive depending on the size or severity of the tumors. The pros of this treatment include accurate, total removal of the tumors, and patients may not need additional surgeries. The downside to surgery can be the risk factors involved, including infection and recovery time.

For adrenal disorders involving tumors, there is a chance for curability. When found early and removed, adrenal cancer can be halted together. The same goes for pituitary tumors. Invasive surgery through the nostrils can remove these growths and restore a healthy function. If left untreated cancerous tumors can spread to other internal organs and pose life-threatening issues.

Our doctors team, nurse practitioners, and other medical professionals at Atlantic Endocrinology are here to help. For our services visit our website and schedule your appointment.